Contact Us About Us Blog Our Service Project Login

In this excerpt from Trauma Informed Dharma, Miles talks about refuge and how that relates to the creation of sacred spaces in community, what that looks like and how they allow us to learn and grow spiritually, together. What follows is a lightly edited transcript of the video.

The three outer ones are the Buddha, the first human being that woke up and discovered the nature of reality. The second refuge is his teachings and methodology that have been preserved in an unbroken lineage from master to student, from mouth to ear to realization, from concept to knowing to becoming from intelligence to something in the heart, to full embodiment for centuries. That is the dharma. And then there is the sangha, the members of community that structure their micro-culture, organize a micro-culture around this pursuit and support each other. And I mean we're talking about sacred space at Mindstream and continuing the Contemplative Studies Program.

There's this word, coherence, that I was talking to my astrologer about yesterday. Do not break the coherence, she said. Do not break the coherence. It's so important that we create a space of mutual respect. That does not mean that we have to agree. It means mutual respect first. And we're going to go into some difficult territory in the course of this module. And things are probably going to get activated, and you have to take personal responsibility, and then the duty of the fellow sangha members is to keep the coherence, not break into factions, not break and splinter and fragment like what's going on out there. I'm going to hold you to account to this.

I'm accountable to it only as much as I can be responsible for my own mind and my own reactivity. But we each have to do that. This is perhaps the biggest significance of what it means to have a space or hold a space together for this kind of vital work. As we do that, we create an environment where a real refuge can take place, a real refuge not in the Buddha as an external figure of history and a vestige of history, but of your own potential: the development of your own potentials, your ability to tolerate and sort through the mess of your life so that you can find something in there that has always been there of value. It's not out there, it's in here.

There's so much inner turmoil that gets magnified and amplified by what's happening out there that we all have a duty to each other to keep the coherence. Say it with me: keep the coherence. That's what it means roughly: to take refuge is to remember who you are in a long legacy, a journey to awaken, to remember your innate good qualities, to abandon your negative qualities that have been following you through ancestry that you are the recipient of, to finally take care of what your family lineage has not been able to take care of, and to cultivate all the beauty that you have inside of you. 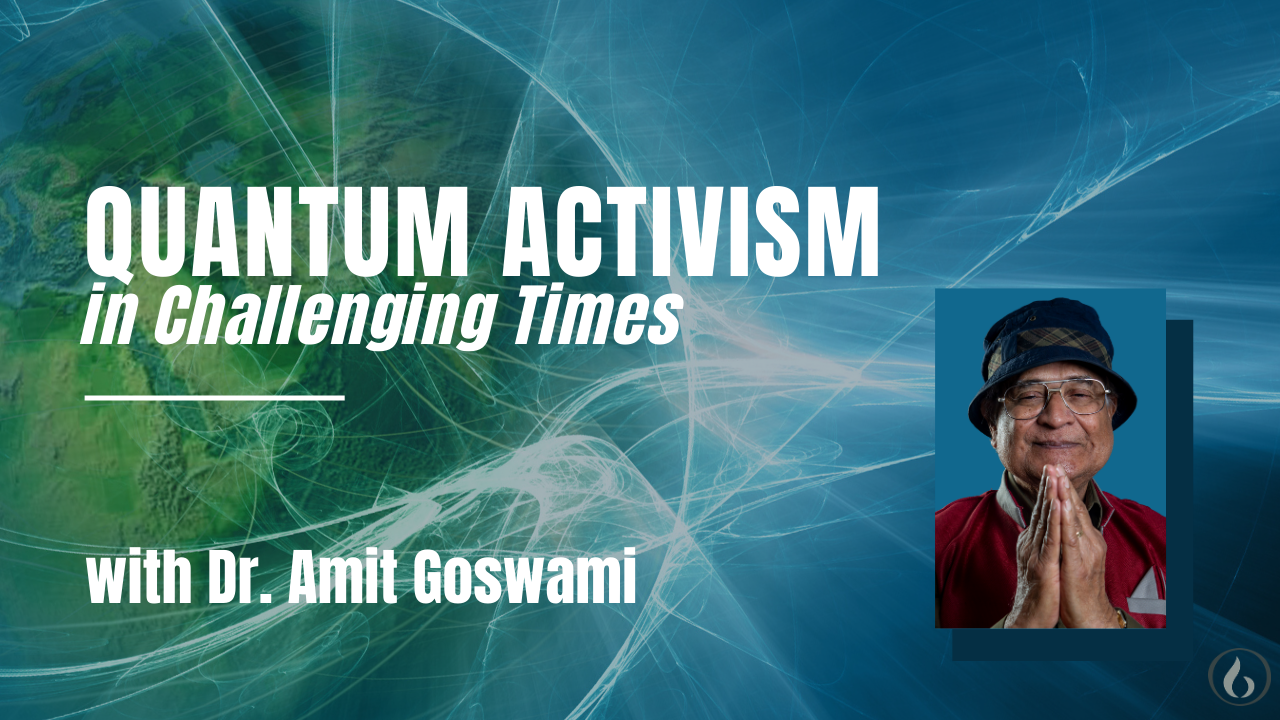 DISCOVER the transformative aspects of quantum physics. LEARN how quantum principles relate to ancient, sacred wisdom and how they can be applied to conflict resolution and reshaping society.